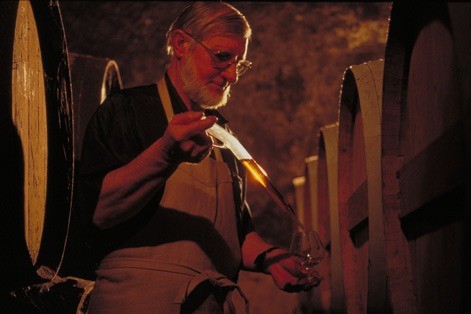 Armagnac is very similar to cognac yet has suffered a very different fate. Despite an equally glorious past, it has managed to retain all of its authentic, traditional and artisanal character; a character that is sometimes difficult to control, not unlike the region and growers who produce it. In contrast to this image, armagnac has gradually gained in sophistication to become a regulated product.

Armagnac is very similar to cognac yet has suffered a very different fate. Despite an equally glorious past, it has managed to retain all of its authentic, traditional and artisanal character; a character that is sometimes difficult to control, not unlike the region and growers who produce it. In contrast to this image, armagnac has gradually gained in sophistication to become a regulated product.

IT NEVER RAINS BUT IT POURS.

Thanks to the Dutch who, during the 17th Century, bought the majority of the wine on the French Atlantic coast, armagnac was slowly able to establish itself not only in Europe but also in the United States. From the 19th century, merchants who had become négociants-éleveurs (merchant-producers) began to control stocks, to build wine cellars and to monitor the ageing process of the eau de vie in order to improve the spirits’ reputation. Unfortunately, disaster struck and the armagnac region, at that time covering 110,000 hectares, was totally annihilated by a series of diseases. In 1860, powdery mildew attacked the vines for the first time. From 1878, and within the space of five years, phylloxera devastated practically all of the plants. In 1887, mildew continued the destruction that phylloxera had began a few years earlier. Then in 1890, another bacteria called Black Rot dealt the finishing blow to the vines. It was not until 1898 that a certain François Baco, a teacher by profession, created the Baco 22A or Baco Blanc, a hybrid of Folle Blanche and Noah (an American grape variety that is resistant to Phylloxera). This variety went on to dominate armagnac production from 1920 to 1970.

By the end of the 19th century, the dearth of armagnac eau de vie opened the way for fraud and counterfeits. Several decrees were passed from 1909 onwards to protect the eau de vie and provide it with a legislative framework. The decree of 6th August 1936 laid down the constitutive requirements for the Armagnac appellation, defined as follows: the appellation areas: Bas-Armagnac, Armagnac-Ténarèze and Haut-Armagnac as well as the municipalities included in this appellation in Gers, Landes and Lot-et-Garonne; the grape varieties: ten grape varieties were recognised at the time, including Baco. The recognition of this hybrid is a true accolade to François Baco’s work. The decree originally provided for its final harvest date fixed in 2010. However, this was lifted in 2005, making Baco Blanc the only AOC-authorised hybrid grape variety; production methods: vinification, distillation and ageing. Although it is imperative that armagnac must be conserved in oak ‘containers’, the decree did not specify, at the time, either size or the minimum legal duration for the ageing phase; the labelling and mandatory requirements.

Eau de vie distilled from white wine in an Armagnac-type column still and then aged in French oak casks for at least one year.

Step 1 - The vines and the wine

An extensive range of grape varieties About 5,000 hectares of vines are divided over three departments: Landes, Gers and Lot-et-Garonne. Armagnac has three regional appellations: Bas-Armagnac, Haut-Armagnac and Ténarèze.

Haut-Armagnac: situated in the south and north-east of Gers, vineyards are sparse and grow in clay and limestone soil (known as boulbène). These eaux de vie tend to be lively and should be drunk young.

Ténarèze : situated in Lot-et-Garonne and Gers, the vines (Ugni Blanc and Colombard) grow in soil with silt (boulbènes), clay and limestone (terrefort). These harder eaux de vies require a longer ageing in barrels.

Ten grape varieties are recognised in the production of armagnac, however four of these are more commonly used: Folle Blanche (historical grape variety of armagnac devastated by phylloxera in 1878, accounts for about 2%), Ugni Blanc (grape variety par excellence, about 50%), Colombard (a more restricted variety, about 8%) and Baco (resistant and particularly adapted to Bas-Armagnac soil, about 40%).

Once the grapes are pressed, their juice is turned into wine by traditional methods, without chaptalisation (the addition of sugars), addition of sulphur or acidulation of the wine. The goal is to produce a low-alcohol wine with good acidity.

The distillation process begins in winter and must be finished by 31st March the following year at the latest. Not all growers have their own still and often mobile distilleries are used, travelling from cellar to cellar, or else distillation takes place within cooperatives. Since 1972, there have been two permitted methods of distillation by the appellation :

and continuous armagnac distillation, which over 90% of producers use. From 1943 to 1971, this was the only legally permitted method by law. The principle of the armagnac still: the first column (condensation column or condenser) is a vat, with a copper coil inside, which is permanently fed with wine. The alcohol vapours contained in the coil condense on contact with the wine which fills the vat. Then the wine moves up into the chauffe-vin (wine heater) situated above the vat and heats up on contact with the boiling coil. This heated wine then flows into the second column and cascades towards the bottom of the still, across perforated plates, to the boiler. At the same time, the heat converts the wine’s alcohol into vapour which rises, in the opposite direction, through the perforated plates. On contact with the wine, the vapours are enriched by the aromas. As the wine gradually descends, it gradually loses its alcohol and aromas. At the end of distillation, the eau de vie has an alcohol content of between 52% and 72%.

Step 3 - Oak barrels in the wine-cellar

The ageing process for armagnac is very similar to that of cognac, however a few differences should be highlighted. Armagnac ageing generally takes place in oak casks from Limousin and Monlezun in Gers. Each cask can hold 400 to 420 litres. A minimum period of one year in a cask is required for the armagnac appellation. The new eaux de vie are first placed into new oak casks. Then, to avoid too dominant a woody flavour, they are moved into previously used casks, to complete their ageing process. Like cognac, depending on whether the ageing is carried out in dry or damp cellars, this will produce fuller-bodied or more rounded eaux de vie. During the ageing process, the ‘angel’s share’ is in the region of 2% to 6%. At the end of their maturation period, the armagnacs are transferred to large demi-johns and stored in ‘Paradise’ (a wine cellar), which interrupts the ageing process and preserves their aromas.

Widespread in armagnac production, blending can performed with eaux de vie from different crus, domains, ages or distillation methods. However, the vintages are exclusive to armagnac. The vintage corresponds to the year the grapes were harvested. Vintages are the usually left at their natural alcohol content, somewhere between 40 and 48% ABV.

Blends: eaux de vie are classified by age (age count). Thus an armagnac with Three Stars (or VS) is characterised by its youth. Armagnac XO (extra old) is one which has been blended with very old armagnacs. Aged for at least 10 years, it has an exceptional aromatic richness. Some négociants indicate the age of the youngest eau de vie on their bottle labelling so that their products can be easily identified: 15, 21 and 30 years.

Vintages: these armagnacs have been distilled in a single year, from a single harvest Each vintage is different but they all have rich aromas, which is due to their age. Interesting face: the year indicated on a vintage bottle refers to the harvest and not the distillation. Since the duration of the ageing process is the most important factor, producers generally specify the year of bottling on their labels.

For the classification of their eaux de vie , armagnac producers use an age count that starts on 1st April.

As well as drinking it neat or in a cocktail, armagnac is definitely the most logical and natural aged eau de vie in culinary pairings. Armagnac and Gascony are both areas known for their gastronomy, both savoury (foie gras, game) and sweet (cannelés, crêpes). These regions bear witness to a rich regional gastronomic identity, within which armagnac occupies an important position. Like many aged eaux de vie, armagnac can also be drunk neat, in its simplest state, from a rounded glass to appreciate its colour and bouquet. For a strong armagnac, a jug of water at room temperature may complete the tasting experience.